Conserving agriculture and nature across continents 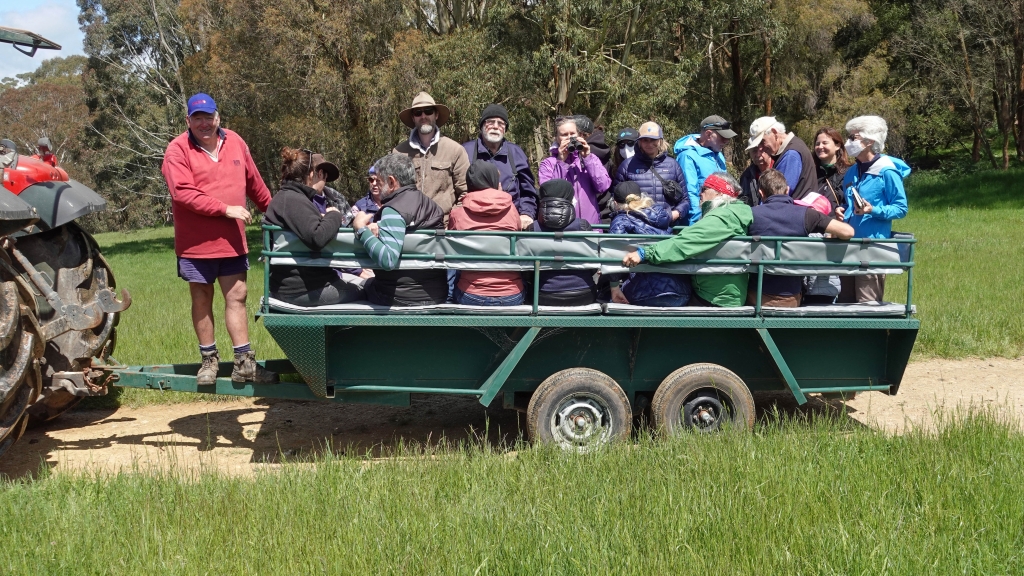 An international delegation from the Global Landscape Stewardship Network has joined local farming and conservation champions visiting the award-winning Land for Wildlife property Fairhalt near Crookwell on Saturday, October 29.

The tour was coordinated by the Great Eastern Ranges (GER) and the K2W Inc, with around 30 participants from the United States and representatives from the Southern Tablelands chapters of Land for Wildlife, Landcare and Soils for Life and interested local community members. The field day was one of a series of curated events and meetings organised for the group of American landscape stewardship practitioners by GER as part of their month-long peer exchange trip to Australia.

Property owner Garry Kadwell is a fourth-generation farmer and a leader in integrating nature conservation into agricultural planning and farm management.

Garry has a deep personal connection to the land and has enacted land stewardship practices that recognise and respect what the landscape has provided to him and his family.

The highly productive property produces Australian certified seed potatoes and prime lambs while operating as a leading sustainable farm. Garry has integrated conservation into his property management and 32% of the 700-hectare property is dedicated to conservation areas or ecological zones.

He has increased productivity across the whole farm producing on average 2000 tonnes of seed potato and 1800 prime lambs.

This has helped moderate extreme weather events on crops and livestock and greatly enhanced the biodiversity and social values of the property. 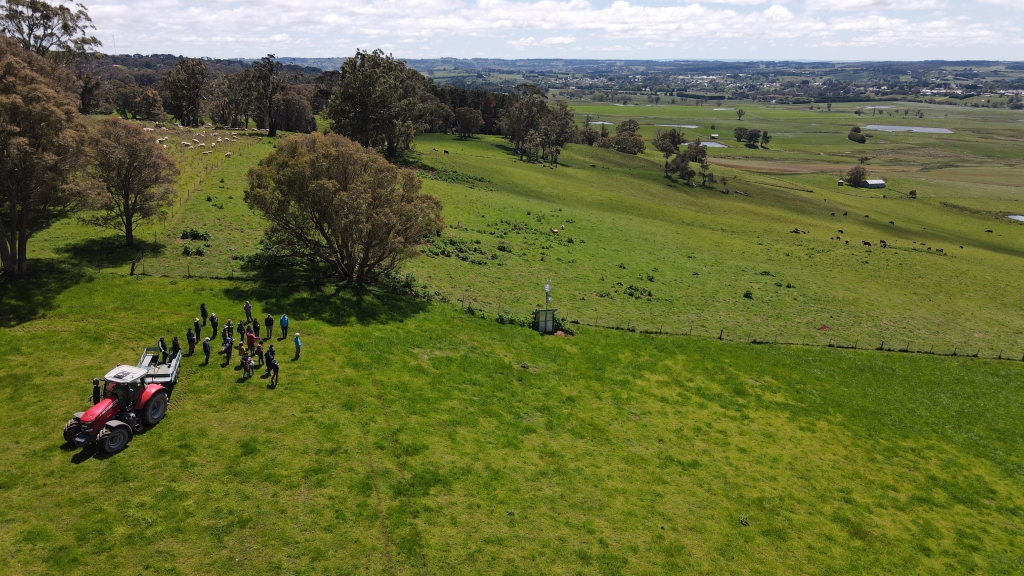 Travis Anklam, from the University of Montana, coordinates the global lands stewards who are touring local communities and rural properties across the eastern parts of Australia learning and sharing ideas.

“When Garry speaks about why he’s caring for this country and this land, and these waters, and that it’s still being done in a way where you can be a viable farm, he’s making a living off of this landscape while still caring for it in ways that leave it better than how he found it when he was a young person.

“If we can bring people into a closer connection with the land and help those folks really build a relationship with it and each other around those landscapes I think we are going to be able to care for our landscapes in a greater way, because we have recognised how it is sustaining us.

Garry and Travis represent a growing number of concerned community members and farmers taking up the challenges of extreme weather and changing environmental conditions that are affecting both continents.

President of the Center for Large Landscape Conservation, Doctor Gary Tabor travelled to Australia as part of the group, he said, “Big fire, big flood, big heat! We see Australia as an analogue to what we’re facing in the western United States. We want to know what you folks are doing with regards to land stewardship, and both using western science and traditional knowledge to figure out how to deal with these challenging problems.

“What he’s [Garry] doing here is absolutely inspiring. This is the message we have to get is that ag in conservation can work together. You can grow crops and you can also grow conservation and you can do it at the same time and it adds value both for the farmer and for societies and communities as a whole.

“This is the future, this is how we are going to be able to save our planet and provide for our livelihoods.”

A delicious home grown home-cooked lunch was provided by Garry and Nicole which provided an opportunity for visitors to sample a new variety of potato that Garry recently developed that has a surprising twist on the usual potato.

This field day is supported by the K2W Inc and and by the Great Eastern Ranges with funding from the Australian and NSW government’s Bushfire Local Economic Recovery Fund.