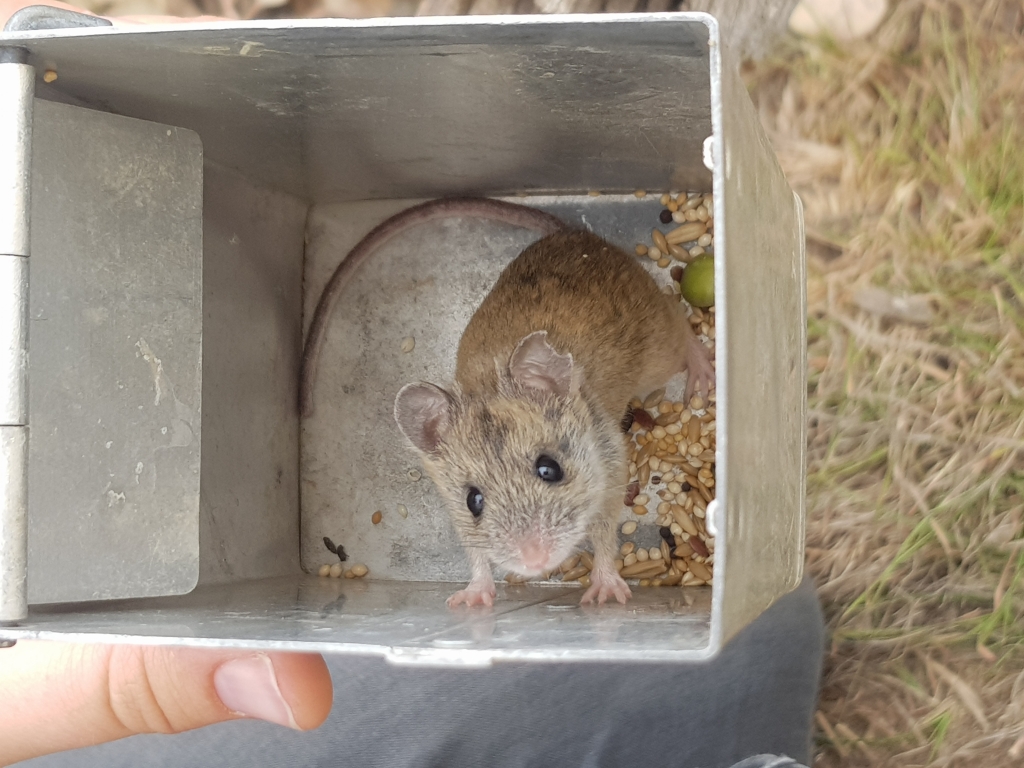 A New Holland Mouse was captured during surveys.

This year, at the Conservation in Action 2022 conference, K2W Glideways Petaurus Connections recognised the top students for their contributions to improving environmental outcomes.

Kiarrah, a fourth-year PhD student at the Australian National University (ANU), was announced as the winner for her research on finding a pathway to the wild for a potential refugee species, the New Holland Mouse.

Her research has provided significant value to the native mouse in the Canberra region by designing Mini Safe Havens to help New Hollands repopulate Mulligans Flat Woodland Sanctuary and learn to live with their native predators.

The mouse was once distributed across all the eastern parts of the country, including Tasmania. However, the species is now listed as vulnerable, with less than 10,000 adults remaining in the wild.

Ms Smith’s research was funded by the Ecological Society of Australia Holsworth Wildlife Research Endowment, an Australian Wildlife Society University Research Grant and the Australian Research Council. She worked in partnership with ANU, ACT Government, and the Woodland and Wetlands Trust, with the help of ACT Parks rangers and community volunteers.

In addition, “I’ve also undertaken analyses that will help refine the captive breeding of New Hollands, and collected microhabitat data that will provide insights into the habitat used by New Hollands in the historically occupied grassy woodland of Mulligans Flat,” she said.

Ms Smith has dedicated her early career research to learning about species of native rodents and reintroducing small mammals into the ecosystem.

“My Honours project involved trapping and tracking the native ash-grey mouse in the beautiful heath and Banksia woodland of Boonanarring Nature Reserve in Western Australia.

“Spending so much time learning about these animals, I really grew to love them, their sweet, gentle personalities, adorable round body, plush fur and pink tails. Naming them things like Minkey, Melon and Mew made sure I grew attached!

“I also learned that there are over 50 species of native rodents in Australia and decided I wanted to meet as many as I could. So, when the opportunity to do a PhD on New Hollands arose, I had to apply to get to know them!” 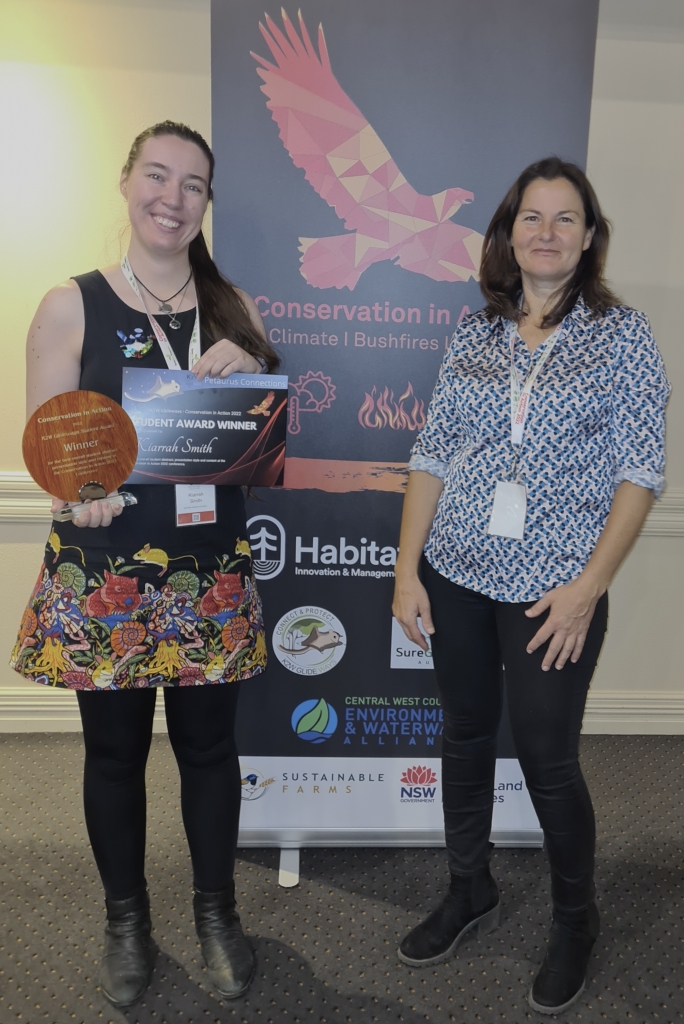 Ms Smith was awarded the winner of the K2W Glideways Petaurus Connections Conservation in Action Early Career Research award which also includes funding of $1500 to further her research.

“Her research project was the perfect match for the Conservation in Action 2022 award,” K2W’s Mary Bonet said.

“Australian animals are facing a crisis, especially small mammals. It is becoming increasingly evident that feral exclusion zones will be critical to their survival, while other species will rely on captive breeding.

“Kiarrah’s research is trialling an innovative new method which is helping to protect a native species, the New Holland, from extinction. Projects like hers will help guide scientists and policymakers into the future.”

Mick Callan from the Central West Councils Environment and Waterways Alliance said, “All of the finalists’ research and projects were excellent. It is often the students bringing the freshest ideas and new ways of thinking to the scientific field, and providing new and interesting data.

“We want everyone attending to get a greater understanding of work happening outside their immediate field and sphere of influence. There are very often synergies across the various environmental fields that can be complimentary and possibly even provide better outcomes when working in collaboration.

“We believe that by connecting all of these people, better outcomes can be achieved,” Mr Callan said.

Ms Smith is a co-author of a paper exploring coexistence conservation, which aims to find ways to support the coexistence of invasive predators and threatened prey.