Ecologists confirm K2W as an important refuge for Greater Gliders

Nearly two years on from the bushfires, heatwaves and drought important populations of vulnerable gliding possums have been seen in the National Parks and Reserves in the Bigga and Tuena area.

Between Spring 2020 and Autumn 2021, ecologists Peter and Judy Smith surveyed arboreal mammals, including gliding possums, in the Kanangra-Boyd to Lake Wyangala (K2W) corridor. 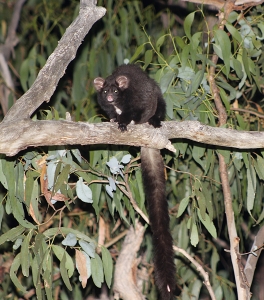 A vulnerable Greater Glider in bushland.

The largest of the gliding possums, the Greater Glider, was the most frequently detected.

Spotlight surveys and wildlife cameras were used in the Keverstone National Park, the Burwood Creek Nature Reserve and the Gillindich Nature Reserve, around 40 kilometres from Crookwell, as well as the Wombeyan and Jenolan area.

The Greater Glider is listed as a vulnerable species under the Commonwealth Environment Protection and Biodiversity Conservation Act in 2016 and is under consideration for listing as an endangered species.

Even despite population losses of about 45 per cent since 2017, the species maintained a footing in the area from the Greater Blue Mountains to Wyangala Dam.

While native forests were burnt by the massive bushfires of 2019-20, most of the K2W corridor was unaffected. The bushland was a refuge for the species which will now help the recovery of populations in surrounding areas.

Towards the eastern end of the corridor at the Greater Blue Mountains World Heritage Area, the Greater Gliders population fell by an estimated 60 per cent and about 84 per cent of its natural habitat was burnt.

“Like the Koala, the Greater Glider feeds on eucalypt leaves. Where the fires were so severe that all of the eucalypt foliage was killed, we have been unable to find any Greater Gliders. However, the species has proved more resilient in areas where some eucalypt foliage survived the fires. It has managed to hang on in these areas but in reduced numbers,” Dr Smith said.

Encouragingly, there is an opportunity for gliding possums from the K2W corridor to successfully recolonise the World Heritage Area. 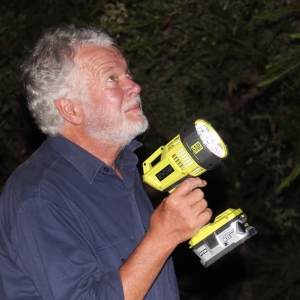 Peter Smith surveying for the gliding possums and other native wildlife.

However, experts estimate the species in the corridor will take time to recover from the catastrophic weather events of recent years. In any one year, up to half of the adult females do not breed, and those that do breed successfully only raise a single young. They also face the threat of localised predation by Powerful Owls.

“These are worrying signs but we are still hopeful that Greater Glider populations will gradually recover to their pre-drought, pre-fire levels, as long as the next major drought and fire do not come too soon,” Dr Smith said.

Surveys are part of the long-term monitoring of the glider species, and other arboreal mammals by the K2W Glideways program in partnership with the Foundation for National Parks and Wildlife. 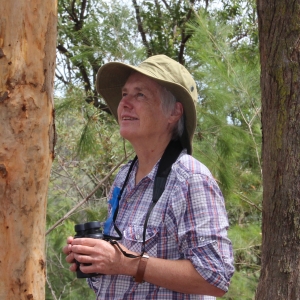 The project has targeted the K2W corridor to prevent the further population decline of key arboreal and woodland species. The corridor is home to five of the six species of gliding possum found in Australia – the Squirrel Glider, Yellow-bellied Glider, Feathertail Glider, Sugar Glider and Greater Glider – and over 2,400 species of native plants, animals, fish and reptiles.

Since 2015, over 80 landholders, community groups and organisations have been working to restore habitat connectivity across the landscape of the Abercrombie catchment between the Greater Blue Mountains and Wyangala Dam.

The program was co-funded by the FNPW and the NSW Government through the Saving our Species Conservation Co-Funding Scheme.