K2W in the running for state award 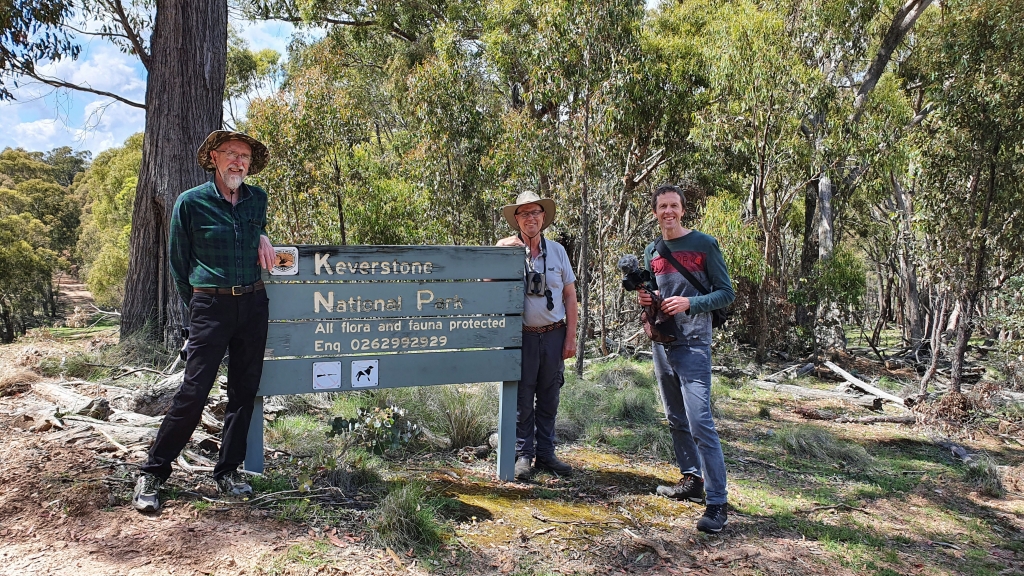 K2W Link is a finalist for the 2022 NSW Sustainability Awards (Banksia Awards).

The project, Petaurus Connections, a community-driven initiative working to secure a future for Squirrel Gliders and their habitat in the Abercrombie Catchment of NSW was named a finalist for the NSW Communications for Impact Award.

Mary Bonet, project coordinator said, “we are pleased to be recognised for positively influencing the long-term behaviours of people who have a personal connection to the Kanangra-Boyd to Wyangala (K2W) corridor.

“We hope our programs will secure a future for our local Squirrel Glider population and benefit many other species living in the corridor.

“Since 2012, K2W has been working to protect wildlife and natural resources by creating connections across the landscape with the vision to restore the glideways of the Crookwell reserves and to ensure the Squirrel Glider population is secure and gliding into the future,” she said. 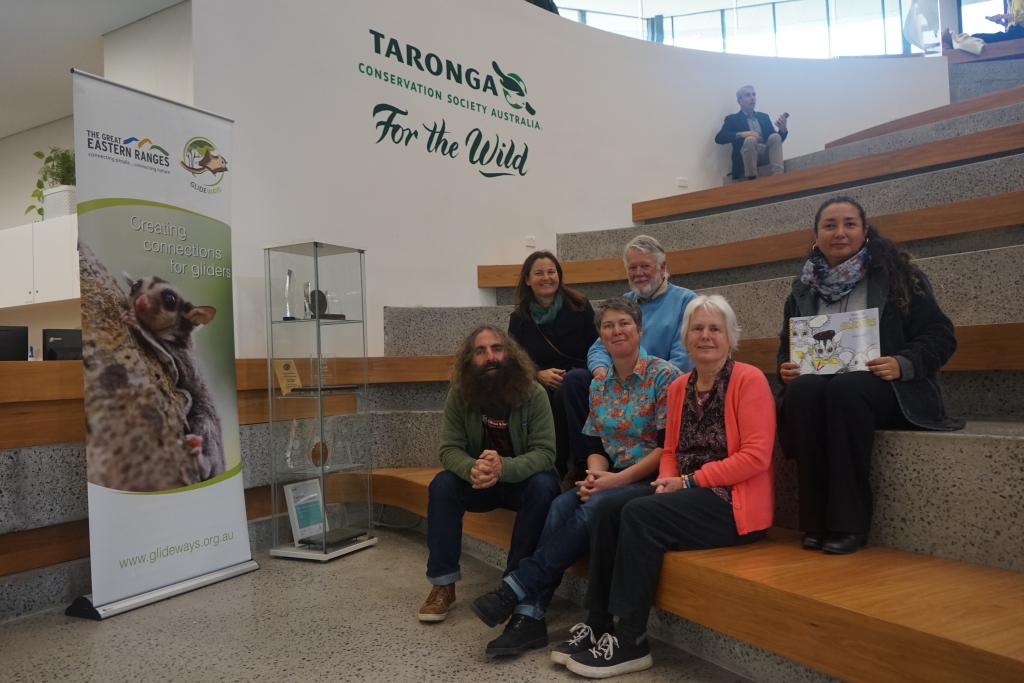 Petaurus Connections combines a suite of habitat enhancement and restoration activities with a targeted educational campaign, including storytelling through theatre, creative arts and digital video production.

“Our programs promote a connection to Australian wildlife and understanding of the habitat and connectivity needs of gliders and the many other plants and animals that share their homes.”

Some of the programs include, an interactive play called It’s Cat’s Play, a catastrophic story with the Eaton Gorge Theatre Company which is aimed at promoting responsible pet ownership, and an educational art book called Drawing Australian Gliders by Kate Smith which combines art and natural history to promote a greater understanding of our gliding possums. 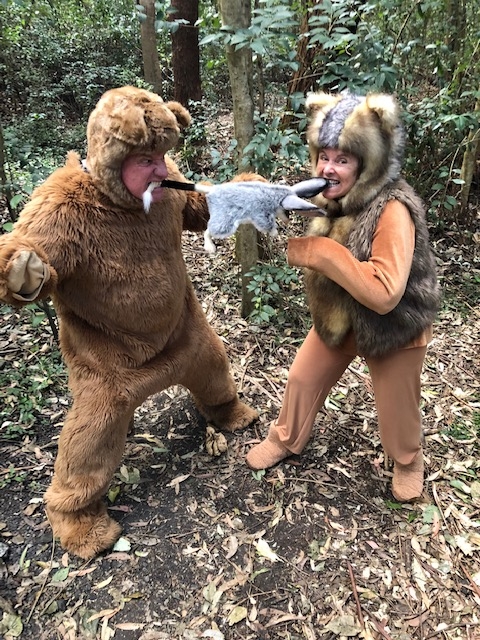 Ian McColm and Juliet Scrine act out the not so paw-fect pet in It’s Cat’s Play.

“Our resources are easily accessible for primary school-aged children to learn about their impacts on the environment while encouraging them to be future environmental defenders. These resources are available for children across Australia, and already we have reached hundreds of students in regional and rural towns,” Ms Bonet said.

Other resources that were developed include short films with filmmaker Richard Snashall aimed at landowners to rethink their use of barbed wire to reduce wildlife injuries and mortality and to promote the uptake of private land conservation initiatives.

K2W Link supports wildlife conservation in a natural highway following the line of the Abercrombie River between the Blue Mountains and Wyangala in Wiradjuri land by working on projects with local communities, landholders and organisations.

Petaurus Connections was supported by the Foundation for National Parks & Wildlife and the NSW Government Saving our Species program.

About the Banksia Awards

The NSW Sustainability Awards seek out and recognise innovation and leadership through the lens of the UN Sustainable Development Goals (SDGs). These global goals aim to unite the world businesses, governments and citizens to end extreme poverty, fight inequality and protect the planet.